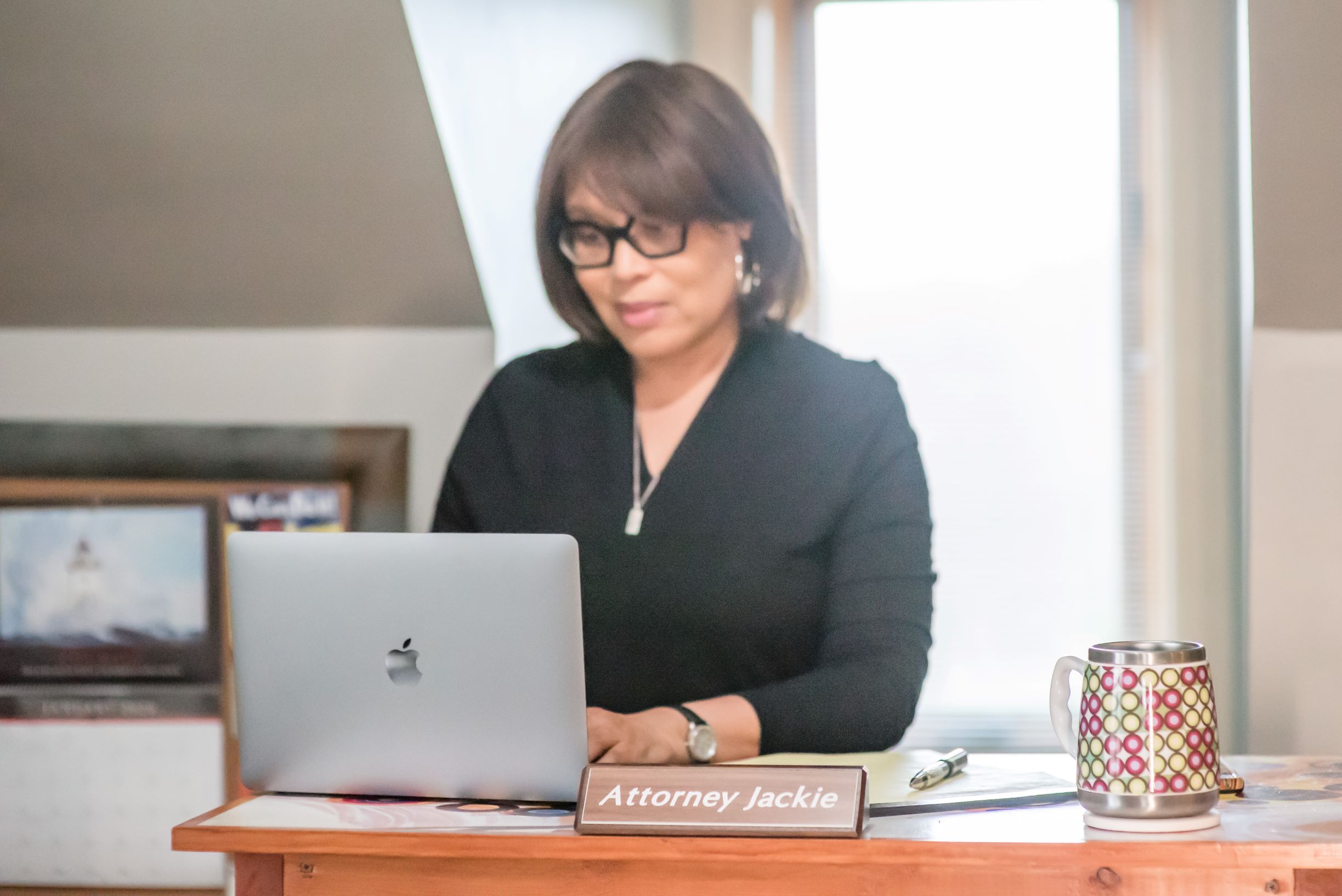 Jackie Stanley, a graduate of Wake Forest University Law School (1990) has been in private practice since 2001.  She serves on the board of the Women’s Resource Center, volunteers on a free attorney hotline, and conducts free monthly “Breaking Up and Moving On” divorce workshops.  She has co-authored and authored 11 books including How to File for Divorce in North Carolina.

Years she has been married: 34

Years she has practiced law: 32

Factor by which being married for 34 years is harder than it is to practice law for 32 years: 2

Number of times she has been divorced: 0

Number of divorces she has handled:

Number of children she has: 3

Number of her children she encouraged to go to law school: 0

Number of her children who went to law school: 1

Average number of books she reads each year: 35

Percentage of books she reads that are legal procedurals: 20

Number of books by John Grisham and Michael Connelly she has read: 25

Year Just Mercy: A Story of Justice and Redemption by Bryan Stevenson was selected as a
Time magazine "10 Best Books of Nonfiction:” 2014

Average number of Law and Order reruns she watches each weekend: 4

Her opinion as to the best season of Law and Order: 1

Longest length of time a client had been married before filing for divorce: 38 years

Shortest length of time a client had been married before filing for divorce: 2.5 weeks

Number of “Breaking Up and Moving On Workshops” she has conducted: 80

Number of times she took the bar licensing exam: 1

Number of continuing education credits she is required to take each year in order to maintain her law license: 12

Number of classes she took in law school: 24

Number of law school classes that relate to her daily practice of law: 3

The longest divorce trial she has been involved in: 4 days

The shortest divorce hearing she has been involved in: 15 minutes

The number of hours of free legal advice has she given away while waiting in line at the grocery store or picking up her clothes from the cleaners: 1000

The number of times each week she gets asked about areas of the law which she no clue about: 20

The number of clients she has helped get more than one divorce: 5

Percentage of divorce clients who said they knew their marriage was doomed from the start: 20

Percent of divorce cases that are settled without litgation: 50

Percentage of clients who follow all of her advice: 10

Percent of clients who ignore most of her advice:10

Percentage of clients who have reconciled with spouse after separating but before the divorce was finalized:  5

Average number of hours she spends on Sunday watching football during the football season: 9

Number of Superbowls won by her favorite NFL team, the Pittsburgh Steelers: 6

Number of different excuses clients have offered for why they are not responsible for the problems in their marriage or relationship: 1,000,000

On a scale of 1 -10 how annoyed does she get when people refer to lawyers as snakes or ambulance chasers: 5

On a scale of 1 -10 how annoyed does she get when she hears stories about lawyers who behave like snakes and ambulance chasers: 20

Chance that a person who is willing to do the work can rise from the ruins of a broken relationship: 100

Chance that a person who wants to create divorce drama can find a lawyer who will help him or her do it: 100

Amount of money a person needs to be happy if he or she is not open to being happy: 0

Amount of money a person should spend on legal fees if his or her only goal is to make his or her spouse life miserable: 0

Percentage of children who would prefer their parents resolve their custody issues without court intervention. 100

Percentage of clients who are happy with the amount of child support or alimony they receive: 10

Percentage of clients who are happy with the amount of child support or alimony they are required to pay: 10

Percentage of parents who claim they would be willing to lay down their lives to save their children: 100

Percentage of parents who refuse to compromise in custody disputes when doing so is clearly in their children’s best interest: 30

Sign up to be alerted about upcoming classes, workshops, contests, read advance chapters of my upcoming book and to be a part of the JackieStanley.com community.

Your email is safe with Jackie. She won't share or sell it and nor will she spam you.